T-Sgt  Joseph A Haefelin, I think from reading a Morning report that T-Sgt Haefelin has just returned to the unit after recovering from wounds received in Aachen as in December he and many others who were wounded and killed were in the December morning reports being dropped from the roster under medical codes.

The Company Tailor in Belgium

Lt. ? and his buddy Armarl

I just recently made contact with the wife and son of PFC. Cecil Painter. Little would I know the surprise that was in store for me in the days that followed!

I was performing one of my annual internet searches for information and possible contact with a veteran from H Co or the 16th when I managed to find a hit on Cecil Painter in a online database. So, because it was a Saturday late night for me, I figured that there may be a good chance of someone being home.

Mrs. Jo-an (yes Jo Ann) picked up the phone and I proceeded to explain who I was and what I was trying to accomplish. She was overjoyed and began to speak about her husband. One of the first things that she said struck me hard, it was especially  the way she described it all the while talking about was how Cecil wouldn't talk about the war except for when he spent time with his friend Woodrow Culp who was very active in the regimental association.

Cecil used to talk about the war with Woody but he never went to the reunions. He used to speak about how he got wounded on D-Day and that the guy in front of him stepped on a land mine and that "I got some of the blast but I kept on going. They patched me up a little later but I stayed. It was only a scratch nothing to get all upset about."

The key thing in the statement was the man being killed in the minefield, which I know that the beach and swamplands going in were all mined.

My grandfather also commented on the first man to be killed under his command "was a real goldbrick. He shouldn't have been in the Infantry he caused us some trouble in training in England. One time on a live fire exercise he put the aiming stake of the 81mm Mortar in the tube and then proceeded to drop a live round in the tube getting it stuck. SSGT. John Daioczok had to remove the round using the standard procedure we were not happy."

"On D-day going in this guy dropped the base plate of the 81mm on a Mine and blew himself up."  Because 7 men were killed from H Company it is pretty easy to deduct that this poor soul was the first man from H Company to give his life for his country on the 6th June of 1944. I will probably never know for sure who the first man was because of the time that has gone by and that in some ways it should be kept private out of respect for the soldier and his family.

The amazing thing that happened is that in this exchange Mrs. Painter gave me her sons home number, and because he had a computer  we would be able to email photos and information. I received a very exciting and eventful first email from Barry Painter.

Enjoyed our conversation as well.  I have scanned some photos that you might enjoy.  These are copies of my Mother's originals, and the scanning process always takes something out. 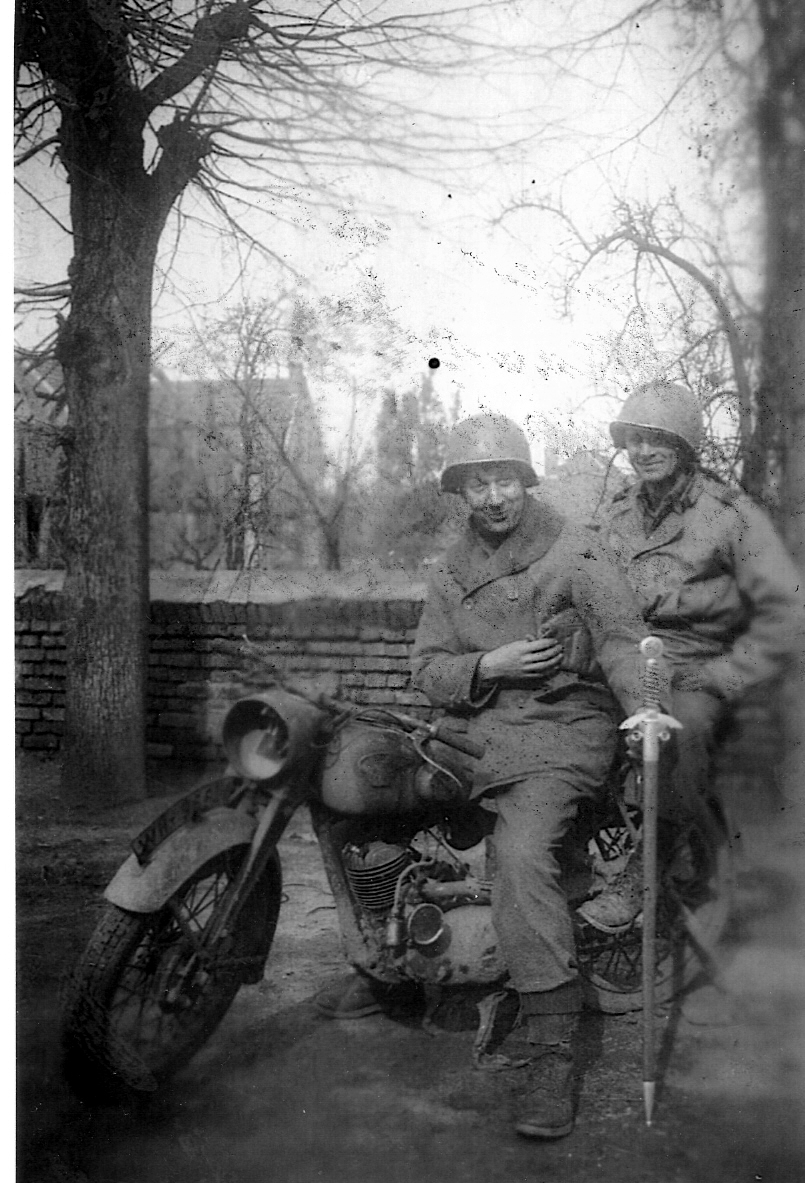 Hope these are what you're looking for.

They were the 2 men on the motorbike photo being my grandfather up front and Lt. Sam Haley back! I was very excited the photo was a mind blower!

Oops! This site has expired.

If you are the site owner, please renew your premium subscription or contact support.