The Men of H co who were Killed In Action, Missing or Died of Wounds.
Officers KIA

I have yet to find any.

(KIA Jan.12,1945 date must be incorrect as states he was killed in Italy(Sicily) still trying get records on him and all others from H co.) 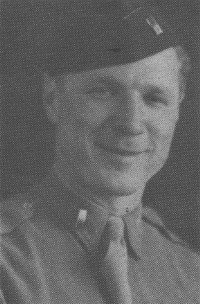 Still trying to get an Officers Roster for H Co.

Photo of Lt Duke with Lt's John Shelby, Lt. Sutton and Lt.Prahl photo taken in Waimes Belgium during the Battle of the Bulge. 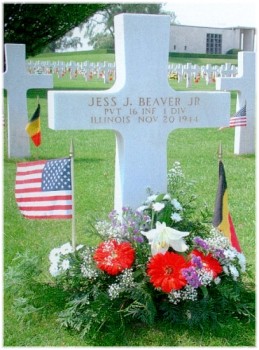 Entered the Service from: Illinois

Pfc. Jesse James Beaver, commonly known as “Tonnie” was killed in action in Germany, on November 20, reports from the government this week revealed to his family.

Beaver was an infantryman and was with the First Army, participating in the invasions in France. He was inducted in to service in October,1943, and received basic training at Camp Blanding, Florida. In March of this year he spent two weeks at Camp Meade, Maryland, prior to shipping out of the country.

In April he landed in England and soon after his mail began coming from a French address. The last few letters from him were sent from Germany.

Before he entered service, Beaver worked in the electrolytic plant of the American Zinc Company at Monsanto, Illinois. He graduated from the local high school.
Beaver, who was thirty-four years old at the time of his death, is survived by his wife, two children, Darlene, six years old, and a second child born last week, his father and three sisters, Mrs. John Kairo, Mrs. Myrtle Kennedy, of Kansas City, and Mrs. Mabel Schilling, Granite City.

Link to information on Jesse Beaver

Pfc. Emil DeLuca was wounded Before
Killed in Germany
In Service for 3 Years
Changed from Tank To Infantry

Private First Class Emil DeLuca, twenty-one years old, son of Mr. and Mrs. Emil DeLuca, 678 Burroughs Avenue, Thursday morning March 22, was reported killed in action March 5 in Germany. The wire from the War Department also stated that DeLuca had been returned to duty on February 1 after being wounded slightly on January 23 in Belguim.

Young DeLuca, who was engaged as a truck driver in the military transport service, entered the service of his country in March, 1942, and received his training at Camp Butner, North Carolina. He was first a member of a Tank Division, but later transferred to the infantry in May, 1944, he was sent overseas, first arriving in England, then France and then Belgium.

He was born and raised in Collinsville and he has two brothers who have seen duty in the service overseas. John was recently discharged after twenty-six months service in the South Pacific. Eugene served thirty-four months in the Pacific and has been reassigned since his return to the States.

Link to site with DeLuca's Information 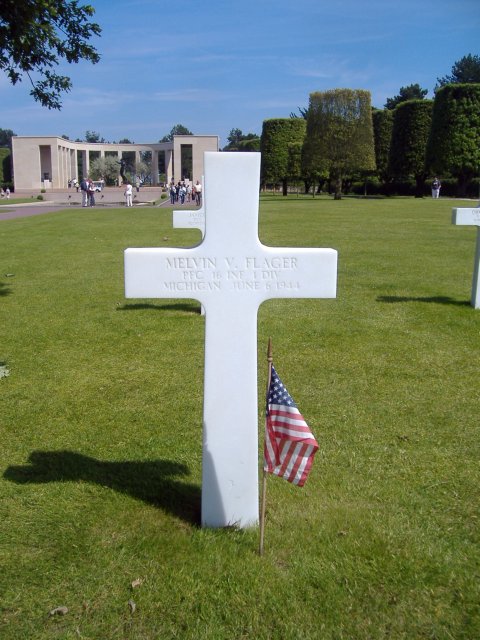 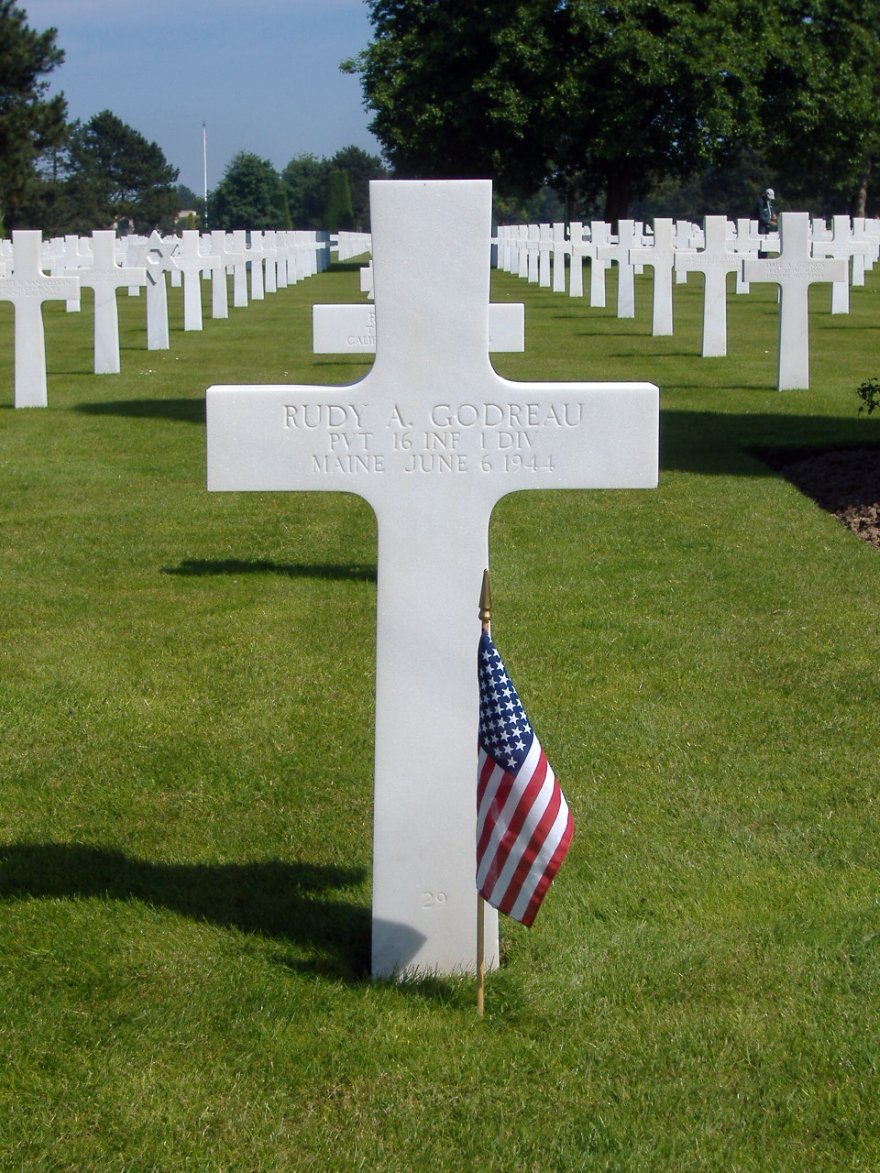 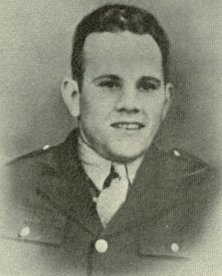 Served-9 years, 10 months, 2 days
First three years of enlistment was served in Philippines with the 60th Coast Artillery at Fort Mills, Manila Later enlisted with 16th Infantry, Company H, where he stayed until his death.

He is Listed as MIA on the ABMC Database

STAFF SERGT. HABARD T. GLADHILL, Emmitsburg infantryman, has been reported as missing in action in Africa since January 31, according to a telegram received by his mother, Mrs. Sarah Gladhill, of Emmitsburg.
Sergt. Gladhill, 31, had been with the American forces in northwest Africa, according to the information given in the official communication from the War Department. He is a son of the late Howard Gladhill, of Emmitsburg. The infantryman is the second Emmitsburg man to be reported as missing in action. Staff Sergt. Wilbur Roland Long, 23, photographer on an Army Air Corps bomber, was reported last fall as missing over the South Pacific since September 14.
Sergt. Gladhill, and Emmitsburg High School graduate, first enlisted in the Army in 1933 and was in the Philippines for some time. He reenlisted in the infantry and went overseas in July, 1942. The last letter received from him by his mother was dated January 8, 1943.
Sergt. Gladhill was married in April, 1939, to Miss Rose Consotti, of New York city. She resides in the latter city. He was a graduate of St. Euphemia Parochial School at Emmitsburg, in addition to Emmitsburg High School.
The News, July 27, 1943
Staff Sergeant Habard T. Gladhill, son of Mrs. Sara(sic) Gladhill, 527 West Main street, has been awarded the Silver Star for outstanding bravery in action on the battlefields of Northern Africa, and since Sergeant Gladhill has been reported missing by the War Department, the medal was presented to his mother at Emmitsburg without formality. Mrs. Gladhill stated "I wish to not have any display made, especially at this time." Mrs. Gladhill has two other sons in the service.
Those who knew "Hab" as a boy around town can easily understand that he would remain at his post, facing the enemy, with no thought of giving one inch of ground. The community is rightfully proud of "Hab" Gladhill and steps are being taken to honor the name of this town boy who so freely gave all for his country.
The citation reads:
"Habard T. Gladhill , 6848366" Staff Sergeant, Infantry. For gallantry in action. Sergeant Gladhill, on his own initiative and despite the intense fire of enemy machine guns and mortars, remained at his own machine gun until they were destroyed by enemy mortar shell and then, although seriously wounded, continued to fire with his rifle. As a result of this action, Sergeant Gladhill has been reported missing. Residence at enlistment: Emmitsburg, Md. Next of kin: Mrs. Sarah Gladhill, mother, Emmitsburg, Md.
"By command of Major General Allen
"S. B. Mason, Colonel G. S. C., Chief of Staff"

Link to Site with news article 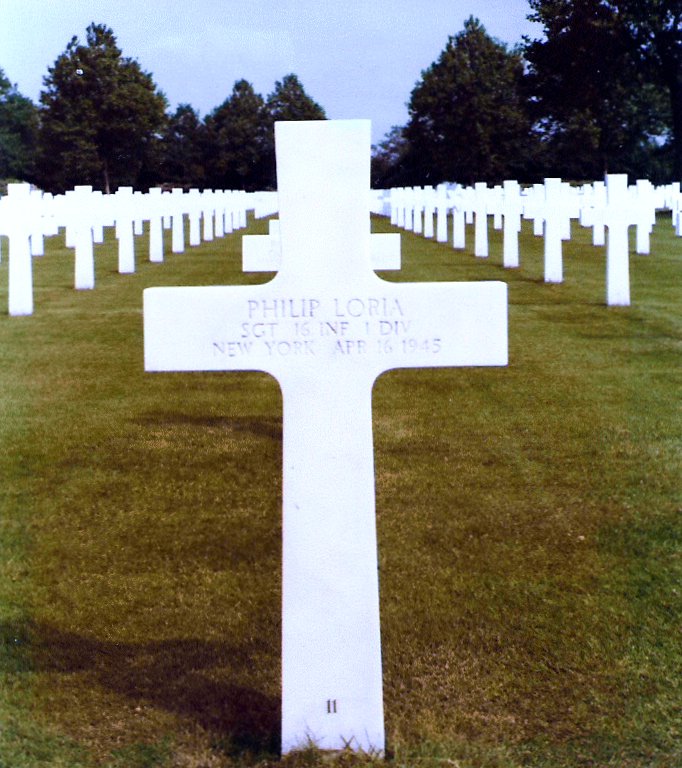 Pvt. Roscoe Keith Woodbury, age 29, the son of Verne and Sally Shumaker-Woodbury, 516 North Union street, Union City, has been reported killed in action in Belgium on January 19, according to a War Department telegram received by his wife, who resides in Gas City, Ind.

He previously was wounded in action in Germany on November 18 and was hospitalized in Belgium. His wife received the Purple Heart a short time ago.

Pvt. Woodbury entered the service on April 17, 1944, at which time he received his basic training in the infantry at Camp Joseph T. Robinson, Ark. He was then transferred to Fort George Meade, Md., and was sent overseas on October 1.

He was born in Union City on July 17, 1915 and was a graduate of the West Side high school in 1933. He worked at the Dinner Bell restaurant on Pearl street before attending business college at Muncie, Ind. Later he was associated with the Jewell Tea Company in that city. On December 24, 1936 at Muncie, he married Miss Ruth Flory who formerly lived near this city.

Pvt. Woodbury and his wife then moved to Gas City where he was an employe of the Prudential Insurance Co. He was a member of the local Christian church.

Surviving besides his wife and parents are one daughter, Sarah Lou, 7 years of age, and one brother, George, of this city.

The body of Pvt. Roscoe Keith Woodbury, 29, son of Mr. and Mrs. Verna Woodbury, 218 North Union street, Union City, who was killed in action in Belgium on January 19, 1945, will be returned to Union City for burial this Saturday.

Full military graveside services will be held at 2 p. m. in the city cemetery. The American Legion Orville N. Stover post and Rev. W. W. Wilson will be in charge.

The body, being accompanied by a military escort from Columbus will arrive at 10:02 a. m. by train and will be taken to the Brooks and Sons funeral home where it will lie in state from 10:30 a. m. until 1:45 p. m. Friends may cal and sign the resister at that time.

The remains of Pvt. Woodbury were among the first American war dead to be brought from Europe on the Transport Joseph V. Connolly, which docked in New York City October 26.

Pvt. Woodbury entered the service on April 17, 1944, at which time he received his basic raining in the infantry at Camp Joseph T. Robinson, Ark. He was later transferred to Fort George Meade, Md., and sent overseas on October 1, 1944. He was wounded in action in Germany on November 18, 1944, and was hospitalized in Belgium. Following medical treatment he returned to action and just two months later met his death.

He was born in Union City on July 17, 1915 and was a graduate of West Side high school in 1933. He worked at the old Dinner Bell restaurant in Union City before attending business college at Muncie. On December 24, 1936, at Muncie, he married Miss Ruth Flory, who now lives in Marion, Ind. He was a member of the Union City Christian church.

Besides the parents and wife, Pvt. Woodbury leaves a daughter, Sarah Lou, age 9, and one brother, George, of Union City.

Oops! This site has expired.

If you are the site owner, please renew your premium subscription or contact support.